​Situation: There is a final winner take all power struggle war going on for our souls. The reason things are quickly ramping up is because the technology is such that it will soon eliminate any need for human beings or at least as the way we now know it. The last frontier is the human mind and this barrier has pretty much been breached. Humans are from a physics standpoint electronic grid squares with a secondary chemical makeup. We mimic the universe in which we live. That said, coupled with the 1.2 quadrillion “nominal” amount of derivatives floating around in the world financial markets, makes it a scenario where it creates a perfect storm where the world’s elites can clear the table and do a “reset” both electronically and financially. It then becomes as the French say a fait accompli (an accomplished fact). But, the elites are scared. Very scared. Their main goal is to reduce the world’s population by 85% and this is where it gets messy for them. Even their advanced chess game algorithms go wrong (and they have). This is not conspiracy as such just agenda manipulation for power and the magnitude of this agenda is such that the machinations of it cannot be stopped. It is too late. They have no time anymore to second-guess their own motives or initiatives. They literally and unwittingly will fulfill prophecy and eschatology. The bigger gambit (the door behind the door) are people’s souls the world over. Albeit the fact that all this plays into endtime events for many is just an afterthought because of their own myopic vision and the multi generational hubris that they carry forward. In other words, the elite are blinded by their own desires. Geopolitically, it will more than likely come down to a NATO, EU and U.S. Alliance against the BRICS Confederation. That said, the lasting and most important commodity is a person’s soul which is infinitely of much more value. Politics aside, people have been lured into a religious snare where even the nihilists and atheists with their own codified belief structure, when push comes to shove; most will not want to leave this physical paradigm due to anything that they cannot control which for them is the whole point to begin with. The mystical Tower of Babel (i.e. Babylon) is about to come crashing down. There will be no Phoenix rising up out of the ashes for another iteration or new world order. Time (no pun intended) is running out. The people who do know their God will do exploits. People will finally wake up out of their own slumber and see past the political and religious charade that has held humanity firmly within its grasp now for millennium.

Mission: In order to “preserve” a person’s soul, they must understand that the temple that they worship is now within (from the time of the cross). People must know, understand and spread this message. They must understand that the focus of the “saved people” notion or, the “chosen people” citation from Genesis 12:3 has been translated from the physical to the spiritual. This similitude (example) and metaphor has been prophetically broadcast from the original physical exodus from the time of Moses to the modern day spiritual exodus originating from the time of the cross. The Truth once made flesh (Jesus Christ) will guide us through soon excruciating times that come our way. It is our mission to let others know who really is the arch enemies of God and to our very souls by:

1) spreading this message and word to come out of the political and religious Towers of Babel, the modern day pyramids of Egypt,
2) break away from the Anti-Christ and False Prophet, and
3) inform others that the world’s institutions will be judged.

A final accounting will take place. A reckoning will be adjudicated. It is our mission to inform others that are looking for a physical Anti-Christ and physical False Prophet, to let them know that they have been played the fool not knowing that these two entities have already been here for much much longer than they knew. These two figures have already set up shop in the hearts and minds of mankind and that the ONLY way for them to escape this judgement is to “come out of her” i.e. “the woman who rides the beast” and to put themselves in a position to be supernaturally blessed, favored and chosen. Let them know that the Abrahamic blessing of Genesis 12:3 still applies but it went from the physical (Jews) and was translated over to the spiritual Jews at the time of the cross. Let them know that Jesus Christ is infinitely more amazing than ever before known and that while they worship Jesus the man, most forget that apart from Him there exists no other truth. When the storms rage which they soon will, they will either drown in the spiritual floods like the physical Egyptians did or, they will walk on the water during the storm and not drown. Let them know that in order to make this modern day exodus, they must:

1) leave the modern day Babylon/Egypt in order to receive the blessing as the spiritual Jew (Israel) in order to be sealed and saved.

This is the good news that will soon be preached as ALL the world’s institutions crumble and are judged. Since the elite want to set up their utopian godless society; God on the other hand will soon make a final reckoning and clear the table once and for all. Only God will win. Let them know this.

Enemy: The enemy to our soul is the Devil whether a person believes he exists or not is immaterial. He does exist. He is an ancient adept at offering mankind a watered down almost truth, seems like the truth, feel-good, consensus driven, opinionated, go-along-to-get-along semi truth which he has interwoven through his two emissaries here on earth known as the Anti-Christ and False Prophet. He is clever and consummate at changing his titles, schemes, maneuvering and machinations to give off just enough respectability in order to operate legitimately through the agency of men. He biggest coup is to legitimize his dealings through his hirelings and minions by already “sitting in the temple claiming to be God”. This is a mystical and spiritual understanding that once a remnant Christian understands fully what this means; they will grasp the “how” and “why” countless millions of people over the centuries have already been fooled and deceived. His (the Devils) speciality is death (of the soul) and he gives out temporal and temporary power to those who kill in this life that which is good. He knows his days are short and that in the end he will be stripped of his worldly power forever. His time is now shorter than ever and growing more so by the day.

Admin & Logistics: Simply put this is the Word of God that is inspired and will guide you from birth to death. Granted, there are many “versions” of the Bible as there are many “versions” of Jesus Christ. Know this - that a person must be born again to see the Kingdom of God. When Jesus told Nicodemus this, Jesus had not yet gone to the cross. In essence Jesus was telling Nicodemus that he (as Israel) needed to be born again. That is the administration of the good news to man; that God has preserved a remnant of Israel all these years that worship him in spirit and in truth. The logistics comes into play where a large group of people are moved from where they once spiritually were positionally to another location. The modern day metaphor of the exodus relates to the similitude (example) of how and why a person “moves” spiritually from one location to another. This is the whole point of what exodus means.

Command and Control: Christ Jesus is in command. He is the eternal General and Commander in Chief. He is in control not only of situations but minutia both small and large all the way down to knowing how many hairs a person has on their head no matter where they are in this world at any time or place. Jesus Christ is no further away from a true believer than their very own breath. He is always with you. He will never forsake you and, he will never leave you. Once this is all over, after you have taken that journey from the physical to the spiritual that begins now, and once you have departed this mortal coil; you will be ushered in to your new home. You will not be disappointed.

Final note: Nobody owns the remnant message. Nobody is more important with the remnant message than anyone else. The great thing about the remnant message is there is no color of skin that is more important than another. Race is not important but the message is. Count the cost. There is no limit to God’s bank account. Once you have the blessing, nothing else matters. Do this and dedicate your life to the Lamb of God who paid the ultimate price for you and I. Consider this an honor and privilege to give back your best in this service as an active member of God’s family. Invite others with these instructions. Let God guide our soul. Get into the Word of God and let His Spirit speak to you and others. Do what you can.

Lastly, I want you guys & gals to go out there & burn up the airwaves and to totally melt down cyberspace with this message. Why? Because somebody needs to. Now is the time. Be a leader and lead others in anyway you can. Prayers, emails, sharing, talking to others. There is great joy in heaven and the people there can’t wait to talk to you when you and we are all done with our work here. Why? Because you already speak the language and know the words to the song that they (we) sing. 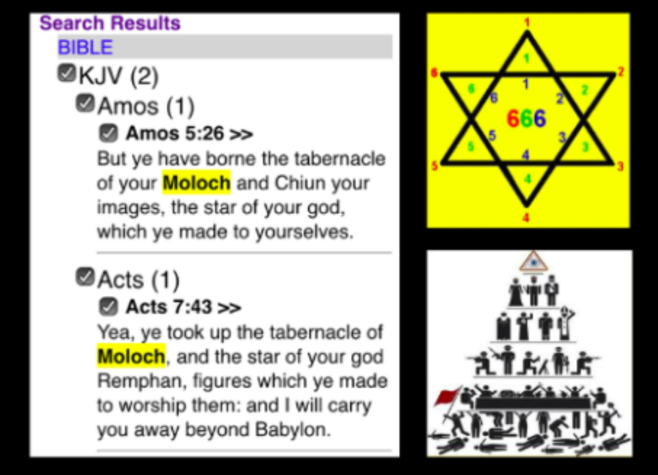